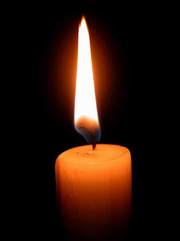 At the annual banquet in June each year, we read the list of the current year's passings and paused for a moment of remembrance for them.
Sadly, it appears that 2016 may have been the last time we meet at a banquet.

As time goes by, we lose more and more alumni.  We make every effort to update the list below of those who have passed from this life, but we are not always well  informed.  If you know of a Carmel High School alum who has passed away, you may now notify us through this website.

Simply fill out and submit the form on the sub-category above marked "Report a Passing".  Please give us the name of the person who passed and year they graduated from Carmel in the text of your message. We ask for your email address just in case we have any questions.

Thank you for caring enough to share your loss with other alumni and friends of CHS.

All those we know of
​who have gone before us